Who is Kirk Hatcher? 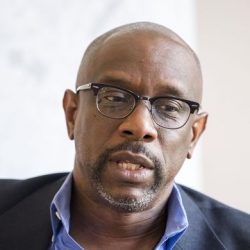 Kirk received his Bachelor of Arts degree in the English and Political Science departments at Morehouse College, Atlanta, Georgia. He later earned the Master of Divinity degree from Emory University’s School of Theology, Atlanta, Georgia.

Prior to his arrival at Rye Country Day School, Rye, New York in Fall 2012, Kirk served on the faculties at Palmer Trinity School, Miami, Florida, and as an adjunct instructor/lecturer at the University of Miami, Miami, Florida. He also spent a couple of years serving on the English faculties in the Montgomery Public Schools, Montgomery, Alabama beginning in January 2000. Having served as an intern in the Office of Admission at Emory University from 1996-98, he was later appointed to the position of Associate Dean of Admission in the Office of Admissions at one of the country’s largest consortium of seminaries—The Interdenominational Theological Center, Atlanta, Georgia. He was later selected to serve as the Senior Program Officer for ITC FaithWorks Foundation.

While in his native Montgomery between the years 1988 and 1992, he served as a member of the staff at Alabama State University in the following capacities: Special Legal Assistant to the University General Counselor (Solomon S. Seay, Jr., Esq.); and Program Coordinator for Targeted Educational Advancement. A 1992 alumnus of Leadership Montgomery Class iX, Kirk served as the founding President of Success Roundtable: 2001, Inc. (an economic development organization comprised of business leaders, college presidents, clergymen, lawyers, lawmakers, physicians, educational leaders, and military officers). He is a member of Alpha Phi Alpha Fraternity, Inc.

Kirk is an accomplished vocalist and pianist (having served as choral director/keyboard accompanist beginning at age nine in his home/family congregation, Pilgrim Rest Baptist Church). A licensed Baptist minister, Kirk once served a yearlong appointment as the guest interim Senior Minister at the historic Sixteenth Street Baptist Church, Birmingham, Alabama.

A true believer in the words uttered by St. Luke (paraphrased)—“To whom much is given, much is indeed required.”

Kirk Hatcher from Montgomery, AL has participated in elections listed below in the state of Alabama.

The below links are relevant to Kirk Hatcher from Montgomery, AL and are articles or opinion pieces published on Bama Politics. Are you Kirk Hatcher? Do you have an opinion on Kirk Hatcher? Publish an article in our opinion section and your article will appear here. A great way for our visitors to find your content and learn more about your views. Use this contact form to find out how.