Who is Jennie Robinson? 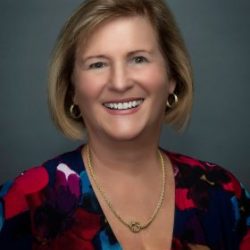 Jennie received her doctorate from Purdue University and has over twenty years of leadership and governance consulting experience as the owner of a consulting company and as executive director of The ELM Foundation.

She has served five times as a PTA president and is an honorary lifetime member of the Alabama PTA.

She received the Distinguished Leadership Award from Leadership Greater Huntsville and the Women Honoring Women Award from WEDC Foundation.

Jennie is married to Dr. Michael Robinson and they are the parents of five children. They are active members of the Church of Jesus Christ of Latter-day Saints.

Jennie Robinson from Huntsville, AL has participated in elections listed below in the state of Alabama.

The below links are relevant to Jennie Robinson from Huntsville, AL and are articles or opinion pieces published on Bama Politics. Are you Jennie Robinson? Do you have an opinion on Jennie Robinson? Publish an article in our opinion section and your article will appear here. A great way for our visitors to find your content and learn more about your views. Use this contact form to find out how.

The below links are relevant to Jennie Robinson from Huntsville, AL and were found via our own research or sent to us from readers like you. These links are not associated with Bama Politics.