Who is Danny Garrett? 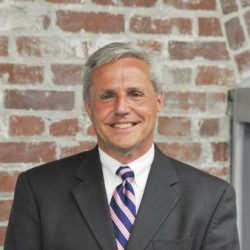 J. Daniel “Danny” Garrett, candidate for the Alabama House of Representatives District 44, is an experienced and successful businessman with more than 32 years of business experience; most of that time spent in executive leadership positions. A true conservative Republican, Garrett is a member of the Executive Committee of the Jefferson County Republican Party. He is committed to maximizing opportunities for jobs, economic development and education within District 44, while protecting our traditional values and way of life.

Garrett earned two degrees from the University of Alabama: a Bachelor degree in Commerce and Business Administration (Accounting, cum laude) in 1980, and a Master of Tax Accounting degree in 1981. In 1983, he passed the Certified Public Accountants examination. During his 32 years of local, national and international business experience, he served mostly in executive management positions in manufacturing industries. Garrett served as Chief Financial Officer and Chief Executive Officer for companies with revenue ranging from $150 million to $1.5 billion, including Birmingham Steel Corporation, North American Bus Industries and Progress Rail Services. His experience includes strategic planning, investor relations, U.S. and international banking, investment banking, accounting, finance, treasury, merger and acquisition negotiations, budgeting, change management, information technology and human resources. Garrett has also been involved in obtaining anti-dumping judgments against foreign producers. Since 2009, he has served in his current role as Chief Financial Officer for Vulcan Steel Products.

Garrett is a member of the Culverhouse College of Commerce Board of Visitors at the University of Alabama and the Advisory Board for the Alabama Productivity Center, an organization which assists manufacturing companies across the state of Alabama. He is a member of the Culverhouse Commerce Executives Society and serves as a Mentor in a program designed for the professional development of undergraduate business students. Garrett is a founding board member of Independence Place, an organization which meets the needs of young adults with exceptional needs. A believer in the importance of education, Garrett also serves as Vice President of the Trussville City Schools Board of Education.

Garrett has long been active in Trussville community and civic affairs, and is a member of the First Baptist Church of Trussville, where he serves as a Deacon. At First Baptist, he has provided exceptional leadership as chairman of Deacons, Finance Committee and the Personnel Committee. For the past 15 years, he and his wife have taught Sunday School to high school seniors. A former bi-vocational church staff member, Garrett was a charter member of Clearview Baptist Church in Clay, where he served as the church’s first music director.

Garrett, 56, has lived in District 44 for almost his entire life. He was raised in Center Point and graduated from E.B. Erwin High School in 1976. He is married to Carol Sisson Garrett, from Haleyville and they are the parents of: Jake, 26; John, 23; and Nick, 18. The Garrett’s lived in Clay for seven years and in Trussville for the past 24 years.

Combining 32 years of business successes, proven leadership and negotiation skills, an extensive network of professional contacts throughout the state, along with strong commitment to his faith and his family and love for his community, make Danny Garrett uniquely qualified to represent the people of District 44. He will bring a conservative, common sense, pro-business, fiscally responsible perspective to the state legislature and will work to protect our state from intrusion and interference by the federal government upon the rights and liberties of the citizens of Alabama.

Danny Garrett from Trussville, AL has participated in elections listed below in the state of Alabama.

The below links are relevant to Danny Garrett from Trussville, AL and are articles or opinion pieces published on Bama Politics. Are you Danny Garrett? Do you have an opinion on Danny Garrett? Publish an article in our opinion section and your article will appear here. A great way for our visitors to find your content and learn more about your views. Use this contact form to find out how.