Who is James C. Fields? 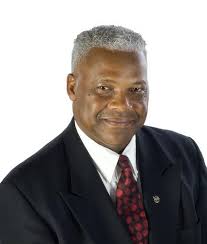 Born in rural Cullman County, Alabama, in a small community called Colony, James Fields’ experiences in his childhood taught him the values of close and loving family ties and a strong work ethic. Everyone from the youngest to the oldest worked on his family’s small farm to cultivate and harvest crops, care for their animals, and keep their home and gardens clean and well-maintained.

He learned the values of mutual respect and teamwork from completing chores with his brothers. He remembers many trips with them to bring water to their home from a distant well—balancing the load carefully, carrying the heavy tubs without tipping, and navigating along the dirt path, in and out of the narrows where trees cut in.

He enjoyed athletics and church activities while he was in school and was taught good sportsmanship and citizenship by his coaches, teachers, and mentors at church. He graduated from Hanceville High School and took the values of his rural upbringing with him to university, earning a Bachelor of Science degree in law enforcement from Jacksonville State University and attending two years of officers’ training at the Marine Corps Academy in Quantico, Virginia, from which he received an honorable discharge.

His life has been devoted to helping and guiding people—from working as a supervisor for nearly 30 years for the Alabama Department of Industrial Relations to serving in the State House of Representatives for Alabama District 12, being a minister, and coaching young people in community leagues. When he announced his candidacy for lieutenant governor of Alabama in November 2013, Fields said, “I’ve been a coach and mentor to hundreds of children. If I can corral them, teach them, help them to learn to be respectful and make the right choices, I can do that for the Alabama State Legislature.”

Fields serves as pastor at St. James United Methodist Church in Irondale, Alabama, as a director of the Alabama Wildlife Federation, and sits on numerous boards of trustees, including the Cullman Electric Cooperative, Victims Services of Cullman, and Hanceville Civitans.

He and his wife, Yvette Moorer Fields, have seven children and 18 grandchildren.

He has never forgotten the importance of strong family ties, persistence, and integrity and has pledged to restore trust, cooperation and fairness to the Alabama state capitol when he is elected in November 2014. “Each of us is called to serve,” said Fields. “Register to vote, learn more about the issues, and please get involved in my campaign. We can do better.”

James C. Fields from Hanceville, AL has participated in elections listed below in the state of Alabama.

The below links are relevant to James C. Fields from Hanceville, AL and are articles or opinion pieces published on Bama Politics. Are you James C. Fields? Do you have an opinion on James C. Fields? Publish an article in our opinion section and your article will appear here. A great way for our visitors to find your content and learn more about your views. Use this contact form to find out how.