Rick and I met at Wrangler in Hackleburg in 1981.  He was the Quality Control manager and I was a supervisor trainee.  Part of my training was to spend a few days in each department.  My time was mostly spent with the employees in his department.

One afternoon we ran into each other in the break room.  We sat down and started talking about work.  Afterward, we just happened to run into each other about the same time for several afternoons.  Finally, he asked me to have dinner with him.  We met in Russellville and had dinner in Florence.   We were together about every night after that.

I was raising three children by myself so when Rick asked me to marry him it was a big decision for both of us.  I wondered why a single man would want to take on that responsibility.  At that time, I did not know what an amazing man he was.  It was not always easy dealing with all that goes on between children and step-parents.  But we made it work.

One incident that I remember was with my then sixteen-year-old daughter.  Rick had asked her to mow the yard and she didn’t like that.  She thought that was not work a girl should do.  She was not happy about it but did it anyway.  Afterwards Rick took her to town to buy paint for her room and started her a bank account.

Another time I asked him to go with my daughter to pick a gallon of strawberries.  He came back with eight gallons.  We worked all night to put those strawberries in the freezer.

Every spring Rick cannot wait until time to plant a garden.  He always plants too much of everything.  We have so many vegetables that we give most away to family, neighbors, food pantries and he takes bags to work.  Rick and I have spent this morning digging up our sweet potatoes.  We have too many sweet potatoes.

Writing about gardening reminds me of a time when we lived in Virginia.  Rick sent my youngest son to hoe the garden.  My son went, complaining the whole time.  Now he has a garden of his own and loves it.  Strange what age will do to someone’s perspective.

Shortly after our marriage, we had broccoli for dinner.  Rick thought a meal should contain meat, a starch, a vegetable and we should eat a balanced diet.  My oldest son did not like broccoli.   Rick said he had to eat something green.  So, my son went to the refrigerator, cut off a chunk of raw cabbage, and put on this plate.  Rick smiled and told him that would work.

We have lived and worked in several states and worked in Mexico for several years.  Rick was much beloved by employees.  They knew he was always consistent and fair with the decisions he made.

He has always been here for our family and if elected to be our congressional representative, he will always do the right thing for District 4.

I love this man! 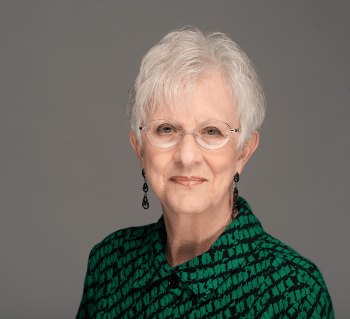 Judy Neighbors is the wife to Democratic nominee for US Congress Rick Neighbors.