Katie Britt has a clear message to convey to Alabama voters. She is a doer who will put “Alabama First.” She uses this theme as a central thesis to organize her website katiebrittforsenate.com and explain her positions on issues broken down into 17 categories. Noticeably absent is any box labeled Environment or Climate Change. The last paragraph of her energy statement reads like an infomercial for the coal industry. She states, “I also proudly say this: Coal counts. I will back all of our state’s energy jobs, including hard-working coal miners. We cannot allow Green New Deal pipe dreams to destroy jobs and communities here at home. Alabama’s coal industry has a nearly $3 billion impact, directly employing more than 3,000 people with an average salary of more than  $100,000 per year.”

Nothing in her energy statement suggests that she is open to Alabamians transitioning from fossil fuels to renewable energy sources like wind and solar and the thousands of cleaner jobs that come with them. It seems too that the coal mining industry has decided to “count” on Katie. The website opensecrets.org lists the Top 20 Recipients of Coal Mining political donations for the 2022 cycle so far (last reported 9/30/21). Katie ranks #4 on this list. AL Senator Tommy Tuberville ranks #17, and AL Representative Robert Aderholt ties Wyoming Representative Liz Cheney for #20.  Not surprisingly, the only Democrat on this list is Senator Joe Manchin, ranked #2. View the website for each individual’s contribution amounts. The data shows that coal contributions have waned significantly from previous election cycles. So why be the poster girl for the dirtiest of fossil fuels?

Katie writes in her energy statement, “I am ready to lead the fight against the so-called Green  New Deal… I believe the Green New Deal is one of the most dangerous proposals in Modern American history, and it must be defeated in the halls of Congress and at the ballot box. I will be the hands and feet of the silent majority, who believe in a commonsense approach to energy production and regulation.” She refers to having an “an all-of-the-above energy approach,” and then goes on to list only exactly what we currently have: coal, natural gas, nuclear, hydropower, and biomass. She conveniently leaves out solar power. So why should we mind if Katie wants to fight for coal? Because we don’t just need to ADD new cleaner solar and wind technologies, we need to REPLACE coal completely with them if Alabama is going to do its part in helping the U.S dramatically reduce CO2 emissions in the next decade.

The urgent need to substantially decrease global CO2 emissions to combat climate change and its disastrous consequences for humanity is no longer up for debate among scientists. “According to the Climate Transparency Report (2021), CO2 emissions will rise by 4% across the G20 group this year, dropping 6% in 2020 due to the pandemic. This rise is mainly due to coal consumption across these countries” (visualcapitalist.com). The Alabama stats on current electricity net generation sources are as follows: Natural Gas: 40.15%, Nuclear: 31.66%, Coal: 15.80%, Hydro: 9.71%, Biomass: 2.40%, Solar: 0.27% (U.S. Energy Information Administration’s Open Data API). The Southern Alliance for Clean  Energy ranks Alabama last for solar among the Southern states (cleanenergy.org).

As a resident of Alabama since 1987 and possible constituent of Katie Britt, I humbly request that she do her due diligence researching the following terms and websites regarding coal and the AL  environment: strip mining (surface) mining in Alabama, blackwarriorriver.org, alabamarivers.org,  Energy Alabama and history of coal mining labor (encyclopediaofalabama.com). Spoiler alert! The Alabama coal mining industry made a seamless transition from forced slave labor to forced prison labor in the coal mines. It is a brutal history but part of Alabama’s story nonetheless.

Here is a sample of the environmental problems as quoted from alabamarivers.org:

“Coal ash, the waste left over after coal is burned to generate power, contains concentrated amounts of heavy metals such as lead, mercury, arsenic, chromium and selenium which are hazardous to human health, and to wildlife… Despite this danger, coal ash is subject to less stringent rules than everyday household garbage! Coal ash, to mix with water to form a toxic slurry, is stored in huge impoundments, commonly called “coal ash ponds” or “lagoons” which often have no liners to prevent heavy metals from getting into drinking water. Alabama has nine coal-fired power plants with at least 44 coal ash ponds resting on rivers and creeks throughout the state. These plants produce 3.2 million tons of coal  ash every year, and because of the high quantity of toxic heavy metals, Alabama houses the most toxic  coal ash of any other state in the U.S.”

From actionnetwork.org: “Across Alabama, there are more than 117 million tons of toxic coal ash in unlined pits next to our waterways at nine different sites owned by Alabama Power, TVA, and  PowerSouth. The utility’s own data shows that heavy metals are leaking into the ground and surface waters at these sites. In other Southern states, utilities are handling their coal ash responsibly by excavating and removing ash to dry, lined storage in modern landfills. But Alabama utilities are planning to leave this toxic pollution in place, forever, by ‘capping’ the coal ash in unlined pits, starting with three Alabama Power plants.” So much for a “commonsense approach to production and regulation,” Katie!

Katie Britt wants you to see her as the outsider candidate standing up against seasoned career politicians. I can’t find much to agree on with Rep. Mo Brooks, but he is correct that she is the special interest candidate. Mrs. Smith Goes to Washington she is not! According to opensecrets.org, 94.97% of her funding source has come from Large Individual Contributions, 3.62% from PAC  Contributions, and only 1.42% from Small Individual Contributions. Ignoring or denying climate change and the need for a more aggressive clean energy policy and environmental regulation is no longer an option for modern politicians in 2022. If talking about cleaning up Alabama rivers isn’t her brand,  voters aren’t going to buy that Katie is putting “Alabama First.”

The coal mining industry isn’t Katie’s only or biggest “company store.” The defense industry is by far a more significant contributor to her campaign. Next time I visit katiebrittforsentate.com, “Katie Britt on  the Issues,” I will review her statement entitled, “Foreign Affairs.” Unfortunately, you will find no discussion of any current global affairs topic and no discussions about how the U.S should interact with other countries to create a more peaceful, stable world. Instead, her “Alabama First” lens narrows her world view of the topic to simply a statement of wanting to see Alabama financially benefit. She writes, “Whether it be trade deals, armed conflicts, treaties or foreign aid, I will make sure that Alabama not  only has a seat at the table but benefits directly.” From here, she showcases her detailed knowledge and enthusiasm for global weapons and defense systems. She also envisions “national security space  missions intended to combat aggression from countries like China.” Regarding either subject, maybe it’s time for Katie Britt to take a broader view of the world, starting right here at home in Alabama 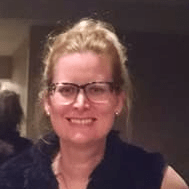