Who is Robert Aderholt? 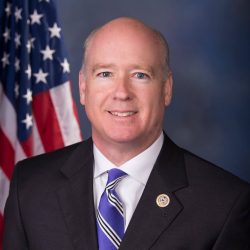 Aderholt is a member of the powerful House Committee on Appropriations, which has jurisdiction over funding the operation of the federal government. He serves as Ranking Member of the Subcommittee on Commerce, Justice and Science and supports greater transparency, accountability and oversight of the appropriations process. Aderholt also serves as a member of the Agriculture and Rural Development Subcommittee and the Defense Subcommittee. An advocate of fiscal responsibility, truth in budgeting and a federal government that operates within its means, Aderholt tries to bring common-sense solutions to the Appropriations Committee.

A staunch supporter of his community, district and the state of Alabama, Aderholt believes the federal government serves a critical role in assisting state and local projects regarding economic development. He supports pro-growth initiatives that create jobs, strong immigration standards, and robust national security.

Before his election to Congress, Aderholt served as Assistant Legal Advisor to Governor Fob James and Municipal Judge for the city of Haleyville, Alabama. Educated through Alabama's public school system, Aderholt received his B.A. from Birmingham Southern College and his J.D. from the Cumberland School of Law at Samford University.

Born on July 22, 1965, and raised in Alabama, Aderholt and his wife, Caroline, have their residence in Haleyville along with their daughter, Mary Elliott, and their son, Robert Hayes. When Congress is in session, his family joins him in Washington, D.C. area.

Robert Aderholt from Haleyville, AL has participated in elections listed below in the state of Alabama.

The below links are relevant to Robert Aderholt from Haleyville, AL and are articles or opinion pieces published on Bama Politics. Are you Robert Aderholt? Do you have an opinion on Robert Aderholt? Publish an article in our opinion section and your article will appear here. A great way for our visitors to find your content and learn more about your views. Use this contact form to find out how.