Who is Jack W. Williams? 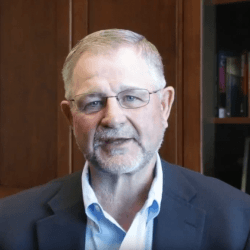 Since 2014, Jack has represented northwest Mobile County in the Alabama legislature. While fighting for conservative values, Jack has also earned a reputation for being a strong defender of what’s best for southwest Alabama. Jack has taken an aggressive position on the completion of Highway 98 and fought to shut down the legislature until the BP relief money was rightfully distributed back to our community.

Jack is a fourth-generation resident of Georgetown, Alabama. He has spent his entire life in the farming and nursery business, working to support his community all along the way. Jack was born and raised on a working farm here in Mobile County. Working on a family farm instilled a strong work ethic and an appreciation for agriculture and land conservation. These values are still very important to Jack today.

In 1986, Jack saw an opportunity to go into business for himself and he opened his first nursery, Twin Oaks Nursery, Inc., located in Wilmer, Alabama. The Mobile area has more nurseries than any other region in the United States, but Twin Oaks built a strong reputation for service and quality.

In 2004, Jack and his son John expanded their local footprint when they purchased Tom Dodd Nurseries, Inc., located in Semmes. With Jack now in politics, John is now the sole owner. In addition to these and other businesses, Jack also owns and operates a cattle and timber farm named JBarW.

Jack’s commitment to his community extends much further than his business endeavors. Dating back to his childhood involvement, Jack has been an active partner with 4H. He enjoys teaching about agriculture and showing youth the importance of properly cultivating the area’s land and livestock. Jack knows that an appreciation for God’s handiwork and hard work will do wonders to prepare a child for growing up as an adult. Jack and his wife, Bobbie, partner with many organizations in the area to help them raise money, and Jack is well known for his grilling expertise, as he prepares hundreds of Boston Butts that support local fundraising efforts.

Jack and Bobbie were married in 1974 at Wilmer Baptist Church, where they are members. They are proud parents of two children, John Jr., who lives in Georgetown and Jennifer, who passed away in 2008. They have 4 grandchildren: Whitney, John III, Mica and Madison.

On the rare occasion that Jack and Bobbie are not working, they enjoy traveling with friends, horseback riding, hunting and fishing. They firmly believe that all things are possible through Jesus Christ.

Jack W. Williams from Wilmer, AL has participated in elections listed below in the state of Alabama.

The below links are relevant to Jack W. Williams from Wilmer, AL and are articles or opinion pieces published on Bama Politics. Are you Jack W. Williams? Do you have an opinion on Jack W. Williams? Publish an article in our opinion section and your article will appear here. A great way for our visitors to find your content and learn more about your views. Use this contact form to find out how.