Like the information provided by Bama Politics? Consider signing up for an account and choosing an advertisement free package. Your support goes a long way.
Login Sign Up
Login or Sign Up to follow this page. It's free!
Last updated 2 months ago

Who is Anthony Daniels? 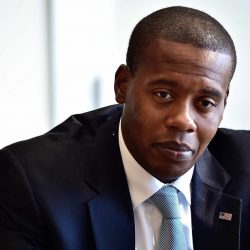 Anthony Daniels currently represents the 53rd District in the Alabama State House of Representatives. He was born in Bartow, Florida, and grew up in Midway, Alabama. In May 2005, he graduated cum laude from Alabama A&M University with a Bachelor’s degree in elementary education. Anthony went on to earn a Master’s degree in special education also from Alabama A&M University and completed a certification in education fundraising from Dartmouth College in 2012. In 2015, he received a certificate from the University of Virginia, Darden School of Business’s Executive Education Program. In May 2009, he released his first book, To Sweeten Alabama: A Story of a Young Man Defying the Odds.

In June 2006, Anthony was elected as chairman of the National Education Association (NEA) Student Program, where he represented more than 62,000 college students on more than 1,100 campuses nationwide. In this role, Anthony worked out of NEA headquarters in Washington, D.C. His leadership and collaboration with myriad organizations fostered the passage of the College Cost and Reduction Act of 2007, which was signed into law by President George W. Bush.

In July 2009, Anthony was appointed to Huntsville Mayor Tommy Battle’s Economic Sustainability Council (Green 13) where he served as the Chairman of Transportation. Later that year, he was appointed chair of the Legislative Committee for the Huntsville Education Association, where he served a one-year term. The following year, he was elected to the State Board of Directors for the Alabama Education Association. In 2010 he was also appointed to the advisory committee for First-Book North Alabama, a non-profit organization that provides new books to low income children.

Anthony continues to advocate for a quality education for all as a public servant and as a former elementary school teacher. His experience includes teaching third grade at the Academy of Science and Foreign Language, fourth grade at University Place Elementary (Title I school) and fourth and fifth grade blended-class at Cochiti Middle School on an Indian reservation.

In January 2012, Anthony returned to his Alma mater as Corporate and Foundations Relations officer, a position he held until November 2014. He currently serves as Chief Operating Officer for Premiere Dental, a small business he owns with his wife, Dr. Teneshia Daniels.

Anthony was named Alabama State Legislator of the Year in 2015 by his colleagues in the Hose Democratic Caucus. Today, he continues to serve as a State Representative, a Member of the Kappa Alpha Psi, State Legislature Foundation, board member of Global Forum for freedom and justice and the Huntsville Country Club, a small business owner, a community activist, a husband, a father of two daughters, Abigail and Madison, and one son, Anthony.

Anthony Daniels from Midway, AL has participated in elections listed below in the state of Alabama.

The below links are relevant to Anthony Daniels from Midway, AL and are articles or opinion pieces published on Bama Politics. Are you Anthony Daniels? Do you have an opinion on Anthony Daniels? Publish an article in our opinion section and your article will appear here. A great way for our visitors to find your content and learn more about your views. Use this contact form to find out how.