Who is Chris Pringle? 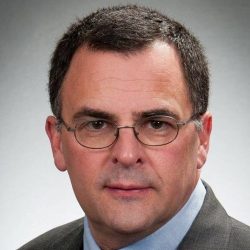 Chris Pringle has lived in the district for nearly all his life. After graduating from the University of Alabama, he moved back and built a successful small business in the construction and real estate industry, specializing in building hunting camps and commercial remodeling.

Chris served as our conservative voice in the Alabama House of Representatives from 1994 to 2002. Even though Republicans were not in the majority at the time, he was a strong and effective champion for Mobile.

While in office, Chris had a 100% pro-business record, an "A" rating by the Christian Coalition, a solid pro-life voting record, and an "A+" rating by the NRA. He was the first freshmen legislator to be elected Minority Leader. As such, he was the only Republican Party leader in Montgomery from Mobile at the time.

As the next representative for District 101, Chris will work with the Republican majority to protect our values, create more jobs, repeal federal mandates like Obamacare and protect the unborn as well as our Second Amendment rights.

Chris is a member of St. Ignatius. He also attends the Men of St. Joseph and has one twelve-year-old son, Reeves.

Chris Pringle from Mobile, AL has participated in elections listed below in the state of Alabama.

The below links are relevant to Chris Pringle from Mobile, AL and are articles or opinion pieces published on Bama Politics. Are you Chris Pringle? Do you have an opinion on Chris Pringle? Publish an article in our opinion section and your article will appear here. A great way for our visitors to find your content and learn more about your views. Use this contact form to find out how.