Who is Greg Albritton? 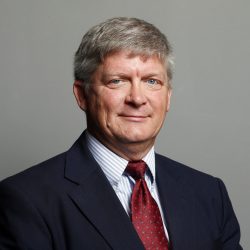 Greg was born and raised near Atmore, AL. He married Deborah Whitlock in 1974, and they have six children. Greg earned a degree in Business Administration from Weber State University in 1981. In 1995 he graduated from Thomas B. Goode School of Law and has managed an independent law practice since. He has served the community as a municipal judge in Evergreen, an attorney for the town of Castleberry, a prosecutor for Excel, and a State Representative for District 64.

As a believing Christian, Greg Albritton is a member of the Church of Jesus Christ of Latter Day Saints. He has served in numerous capacities and positions as an active participant. His values of the protection of life, frugal use of funds, self-reliance, and preparation have developed through his church participation.

In 1974, Greg met Deborah Whitlock in the church foyer. They were married in June of 1974. They were blessed with six children and now have 18 grandchildren. Relocating due to military orders, education development, and work requirements have resulted in residing in the western U.S., along the east coast, returning to Alabama for a time in 1981, and finally, settling here in 1987.

Greg has served in various military capacities. He started active duty by enlisting in the USAF, afterward serving in various reserve units during college, then returning to active duty through the OCS of the U.S. Navy. Learning the duty and the devotion required during these experiences has developed a life-long ideal of serving his country and community.

Being a lifelong conservative, Greg strongly supports the clear Constitutional rights as originally written. These include the right of every citizen to keep and bear arms, to worship God without government interference, and the right to private property ownership.

Greg Albritton from Range, AL has participated in elections listed below in the state of Alabama.

The below links are relevant to Greg Albritton from Range, AL and are articles or opinion pieces published on Bama Politics. Are you Greg Albritton? Do you have an opinion on Greg Albritton? Publish an article in our opinion section and your article will appear here. A great way for our visitors to find your content and learn more about your views. Use this contact form to find out how.