Who is Will Ainsworth? 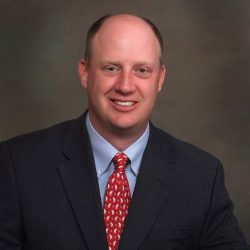 Will Ainsworth was born in Birmingham and grew up in Boaz, raised by loving parents who instilled in him a core set of Christian conservative values. His mother, Sharon, serves as director of the Real Life Crisis Pregnancy Center. His father, Billy, is a respected businessman, church leader, and community leader who exemplified a daily example of hard work and integrity.

After graduating with a degree in Marketing from Auburn University, Will returned to Marshall County and was employed as a youth pastor at Albertville’s Grace Fellowship Church.

Seeking a way to turn his passion for hunting and fishing into a business, he and his brother, Austin, later opened Dream Ranch, which is now one of the most recognized sportsmen’s lodges in the United States. Will also founded the Tennessee Valley Hunting and Fishing Expo, one of the largest trade shows of its kind in the Southeast with more than 20,000 attendees annually. Will has been in the development business — starting with recreational properties and now residential — for over 15 years. He owns Ainsworth Real Estate and Ainsworth Homes located in Guntersville.

Elected to the Alabama House of Representatives in 2014, Will championed a push for ethics reform. As a member of the House Ethics Committee, he signed Articles of Impeachment against Robert Bentley and introduced a strict term limits bill. Will also sponsored recall legislation that would allow the public to remove elected officials who abuse their office. Rather than addressing ethics violations only after wrongdoing occurs, Will has taken steps to give the epidemic of corruption affecting the Alabama Capitol Building and State House a strong dose of preventative medicine.

Elected as Lt. Governor in 2018, Will has been a strong conservative reformer and staunch advocate for jobs and high-quality public education programs. He chairs the Military Stability Commission and has helped pass legislation to make Alabama the most military- and veteran-friendly state in the country. Will is also the national chair of the Aerospace States Association and is excited to see Space Command Headquarters coming to Alabama. Will launch an Aerospace Internship program, as well as an Aerospace Supplier program.

Additionally, he chairs the Small Business Commission and is unflinchingly committed to lower taxes, slashing regulations, and giving small businesses fair opportunities to compete and prosper. Will also has a passion for workforce development and has already secured funding in our K-12 schools as well as community colleges with a goal to make Alabama the nation’s workforce engine.

Will is married to the former Kendall Foster, and they have three children: twins, Hunter and Hays, and a daughter, Addie. When not working, Will enjoys spending time with his family in the outdoors, coaching and playing sports, and teaching his children the same life lessons and Christian values his parents taught him.

The Ainsworths are members of Gilliam Springs Baptist Church in Arab, where Kendall teaches the Children's Sunday School Class.

Known contact information for Will Ainsworth from Guntersville, AL.

Known educational history for Will Ainsworth from Guntersville, AL.

Known political history for Will Ainsworth from Guntersville, AL.

Known professional history for Will Ainsworth from Guntersville, AL.

Known congressional history for Will Ainsworth from Guntersville, AL.

Will Ainsworth from Guntersville, AL has participated in elections listed below in the state of Alabama.

View legislative bills that Will Ainsworth has sponsored.

The below links are relevant to Will Ainsworth from Guntersville, AL and are articles or opinion pieces published on Bama Politics. Are you Will Ainsworth? Do you have an opinion on Will Ainsworth? Publish an article in our opinion section and your article will appear here. A great way for our visitors to find your content and learn more about your views. Use this contact form to find out how.