Who is Jessica Taylor? 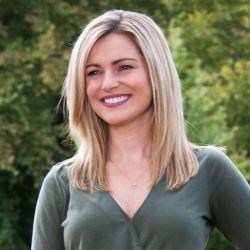 A native of historic Calhoun County, Alabama, Jessica attended Jacksonville State University, where she earned both a bachelor’s and a master’s degree. She received a law degree from Thomas Goode Jones School of Law.

Jessica lives in Birmingham with her three children Sam, Fair, and Jackson.

She has served on the boards of Mentor Alabama, the Alabama Transit Coalition, and the River Region Pregnancy Center where she was president in 2016.

She currently serves as the immediate past president of the board of directors for the Samaritan Counseling Center in Montgomery and has been a Big Sister with Big Brothers Big Sisters of Northeast Alabama since 2005. Jessica is also a board member of the Kiwanis Club of Montgomery, the third-largest Kiwanis Club in the world.

Jessica Taylor from Prattville, AL has participated in elections listed below in the state of Alabama.

The below links are relevant to Jessica Taylor from Prattville, AL and are articles or opinion pieces published on Bama Politics. Are you Jessica Taylor? Do you have an opinion on Jessica Taylor? Publish an article in our opinion section and your article will appear here. A great way for our visitors to find your content and learn more about your views. Use this contact form to find out how.

The below links are relevant to Jessica Taylor from Prattville, AL and were found via our own research or sent to us from readers like you. These links are not associated with Bama Politics.