Who is Bill Hightower? 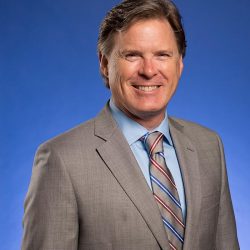 Times like these make it crystal clear: Donald Trump is the leader America needs. And our great President needs conservative Republican Bill Hightower in Congress to help him defeat the socialist agenda, re-ignite our economy, and hold China accountable for their deadly pandemic.

Bill Hightower has always had Trump’s back. He even campaigned for Trump during the 2016 campaign and remains a strong Trump supporter today. And Bill has always had our back, too. He fought for tax reform, coastal insurance reform, to defend the unborn, and to build the wall along our southern border to crack down on illegal immigration.

Bill Hightower, a longtime resident of South Alabama, is a small businessman and former Alabama state senator (2013-2018) who was consistently rated one of the state’s most conservative legislators. Bill is married to Susan Binegar Hightower, and they have three children and three grandchildren. Bill originally moved to Mobile in 1968, with his mom and dad, when his father established one of the first Open Heart Surgery Centers on the gulf coast.

In his youth, Bill worked at his grandparent’s farm (where he became an avid sportsman), cleaned swimming pools, and also worked as a laborer on construction projects.

Bill graduated from the University of South Alabama with a Business degree and later received his M.B.A. from Vanderbilt University.

Bill has worked with Fortune 500 corporations including Emerson Electric, AlliedSignal, Eaton, and Balfour-Beatty. In 2002, shortly after the terror attacks of September 11, Bill returned home to Mobile, to be closer to family.

He now runs several small businesses. His business experience makes him uniquely qualified to contribute to job-growing policies for hard-working families in Alabama.

In the Alabama State Senate, he chaired the Constitution, Ethics, and Elections Committee was vice-chair of the Banking and Insurance Committee and served on the General Fund, Fiscal Responsibility, and Economic Development Committees.

Bill Hightower from Mobile, AL has participated in elections listed below in the state of Alabama.

The below links are relevant to Bill Hightower from Mobile, AL and are articles or opinion pieces published on Bama Politics. Are you Bill Hightower? Do you have an opinion on Bill Hightower? Publish an article in our opinion section and your article will appear here. A great way for our visitors to find your content and learn more about your views. Use this contact form to find out how.